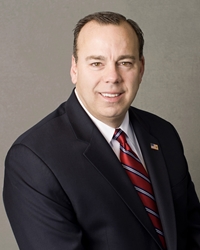 Summary:  Bob started with Quantech December 2011 after a long and prestigious career as a Senior Program Manager with the Federal Government. Bob’s last position was the Director of Electronic Warfare Systems, Hanscom AFB, leading a 50+ person division acquiring multiple major defense acquisition programs. As Director of these highly classified Electronic Warfare Systems, he was responsible for the development, test and integration for high value low density United States Air Force (USAF) assets.  Bob’s division was responsible for delivering unprecedented global access to the USAF aircraft.  Prior to that position Bob was a Senior Program Management Consultant with the Electronic Systems Center (ESC) Acquisition Center of Excellence. In this position Bob was the trusted advisor for competitive acquisitions to the ESC Center Commander and Program Executive Officer (PEO) Command and Control, Intelligence, Surveillance and Reconnaissance (C2ISR) across his entire portfolio for competitive acquisitions.  From 1993-2004 Bob held multiple Program Manager Positions with the International Airborne Warning and Control System (AWACS) Program Office.  Bob was responsible for the acquisition strategy, development and delivery the worlds 1st E-767 AWACS to Japan in which he was personally recognized at the Presidential level as executing a balance of trade initiative he was also nominated and awarded the AFMC Program Manager of the year. After delivering the Japan AWACS Bob was placed in a position of responsibility for the acquisition development and program execution for Mission enhancements to both the French and UK E-3 AWACS and eventually being responsible for managing the entire International AWACS/Airborne early warning and control (AEW&C) Portfolio.

In his current duties, Bob and his team established and execute a company-wide strategic marketing process. In this capacity Bob establishes Strategic Partner relationships and provides the CEO recommendations on potential Merger & Acquisitions, assuring they are aligned with the overarching strategic rhythm and goals of Quantech. His team is also responsible for advanced marketing, sales, capture management and establishing new markets both with the United States and overseas.

Education:   Bob attended Northeastern University majoring in economics, he attended both the Capital Hill/White House workshops, and the Massachusetts Institute of Technology (MIT) Japan Course which focused on establishing business relationships with both industry and the Government of Japan and other  Pacific Rim countries. Bob is an Acquisition Professional Development Program (APDP) Level 3 certified in Program Management for both US and Foreign Military Sales.